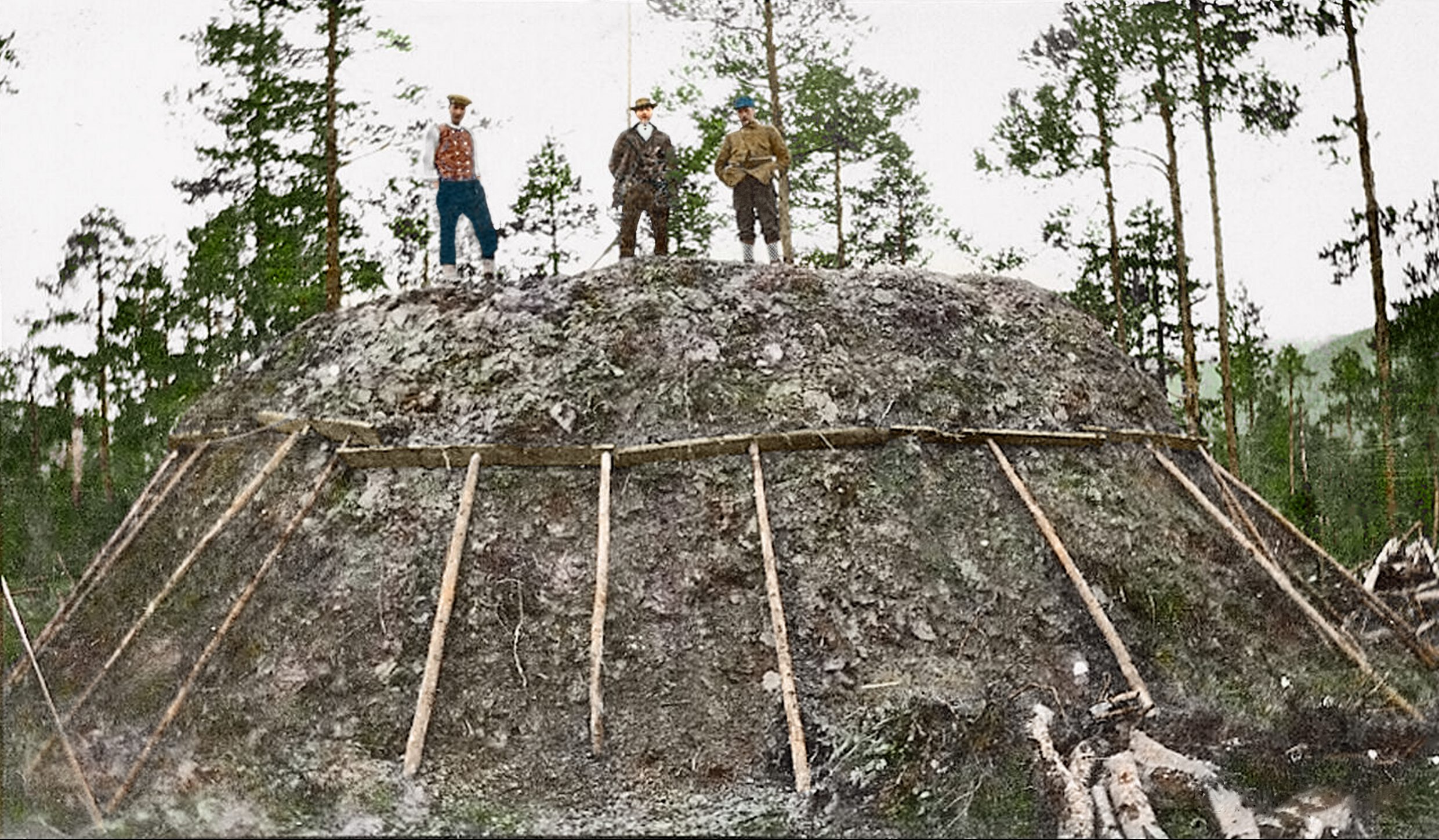 This place is called Kølabånn, probably because charcoal was produced here. Huge amounts of charcoal went into the preparation and production of iron in the blast furnace and other processes at the ironworks. Farmers from within a particular radius, the circumference, were ordered to produce and deliver a specific amount of charcoal. While this spurred some complaining, it also represented a welcome income for the 300 farms within the circumference.

The steam ship Stadshauptmand Schwartz was trafficking the lake Eikern between 1903 and 1926. It was named after Johan Jørgen Schwartz, father of the ironworks owner and mayor in Drammen. The route was part of a fashionable roundtrip between Kristiania (Oslo) and Tunsberg, but the company got financial problems during the economic downturn in the 1920s. After being out of service for several years, the ship sank in 1931, while moored. Attempts to raise her in 1933 and 1972 failed, but in 1995, a group of locals finally succeeded. Today she is displayed as a “Floating Cultural Heritage on dry Land”. 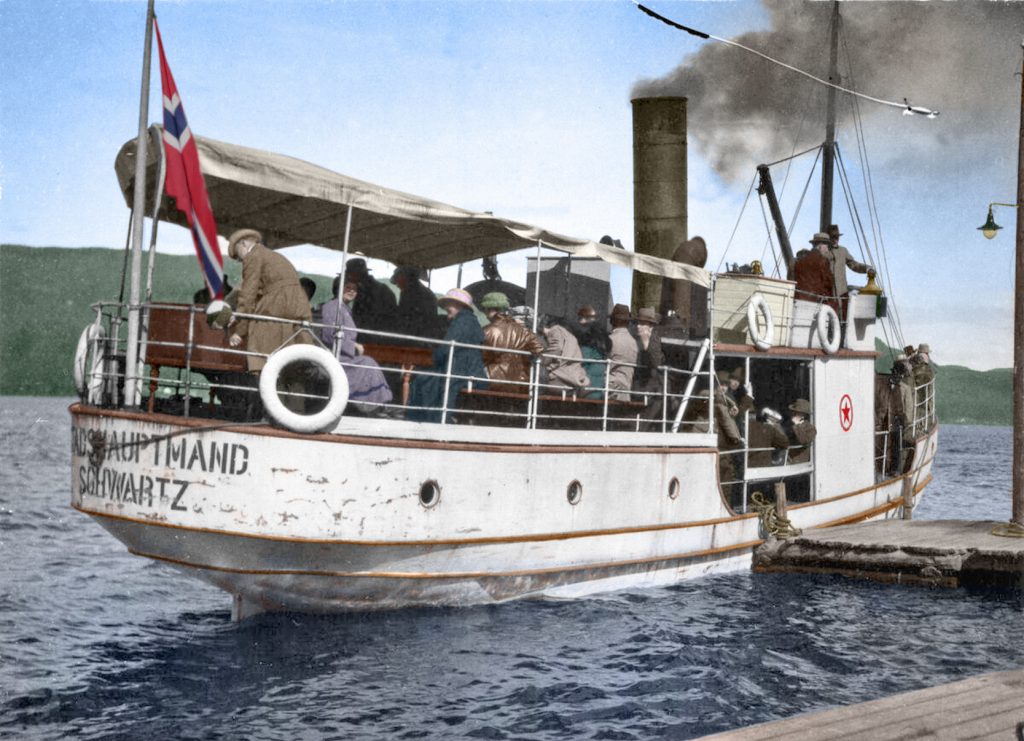 The video clip below is from a movie made by Christian Erik Nordby. A full-length DVD can be bought at Eidsfos country store.