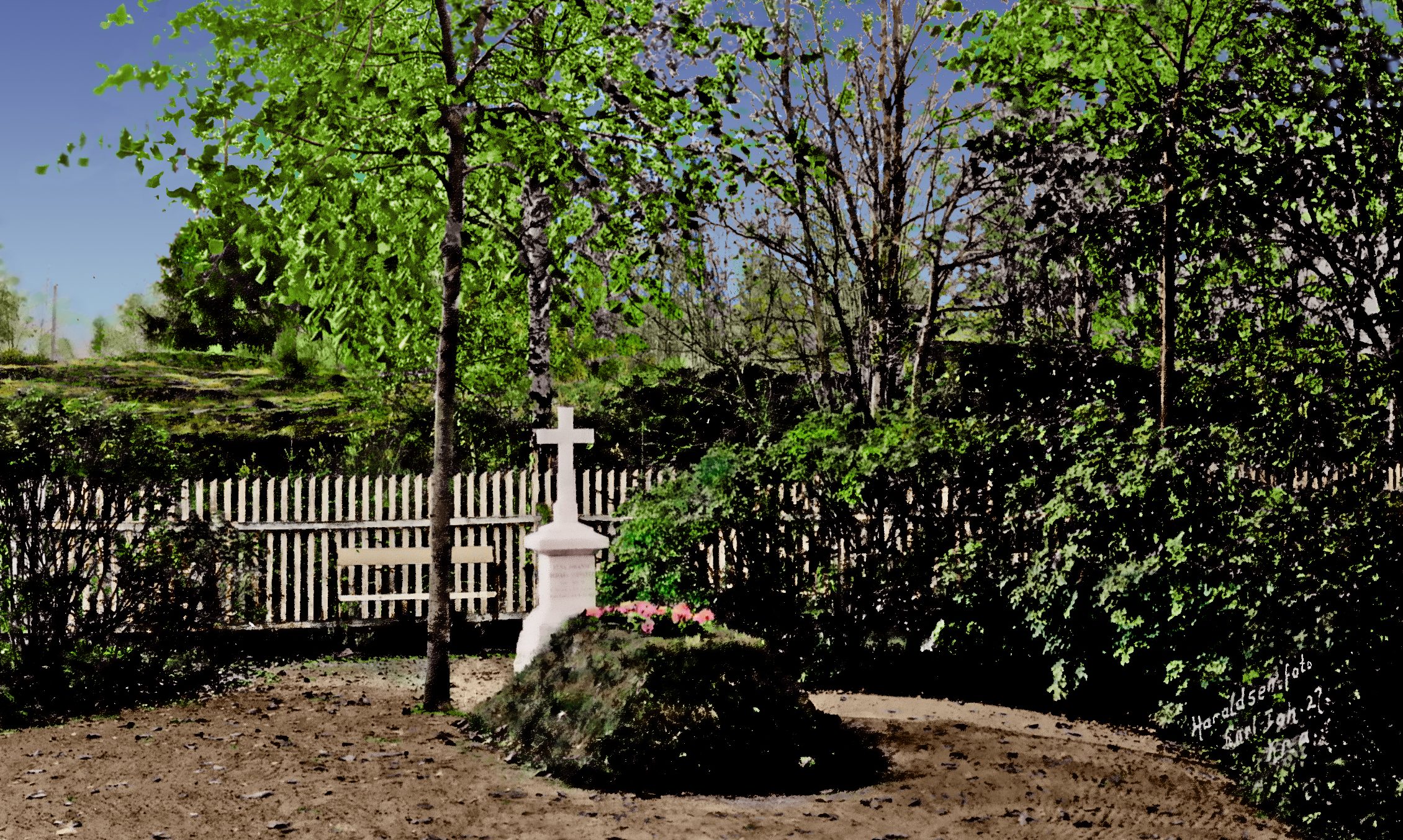 This open space, originally a private burial place for the Schwartz family, was established in the 1890s. The notion of a burial place outside the graveyard is a legacy from the romanticist landscape parks, which were built in Norway in the late 18th and mid-19th century. Private burial places also served to mark the family’s rank and position, in which Count Wedel-Jarlsberg’s burial place at Gullkronen in Tunsberg is a good example. The ironworks owner-couple Peder and Marie von Cappelen, laid out the area between the two lakes Bergsvannet (to the east) and Eikern (to the west) as a park around 1800, when they built a memorial for their deceased daughter.

The burial place was graveled and planted with linden trees, encircled by a white picket fence. Crosses and cast iron plates with inscriptions of the deceased marked the graves themselves. The path derived from the double avenue of oak trees in front of the manor house, flanked by a hedge of fir. The pathway was extended to Eidsfoss church when it was completed in 1904. The burial monuments were moved to the church graveyard in the 1980s, but the site should still be treated with the respect that is suited for a burial place. Follow the path further along the lake.

This is how the Schwartz-family’s private burial place looked like in 1911. Photographer: Haraldsen. Borrowed from Eidsfos Manor/Hof Historical Society.