At the end of the 19th century, both cities and rural areas in Vestfold county, were concerned with attracting railways and take part in the business that came with them. After a lengthy discussion, the Norwegian parliament proposed that the state should fund the Tunsberg-Eidsfoss railway. It opened the 18th of October 1901. 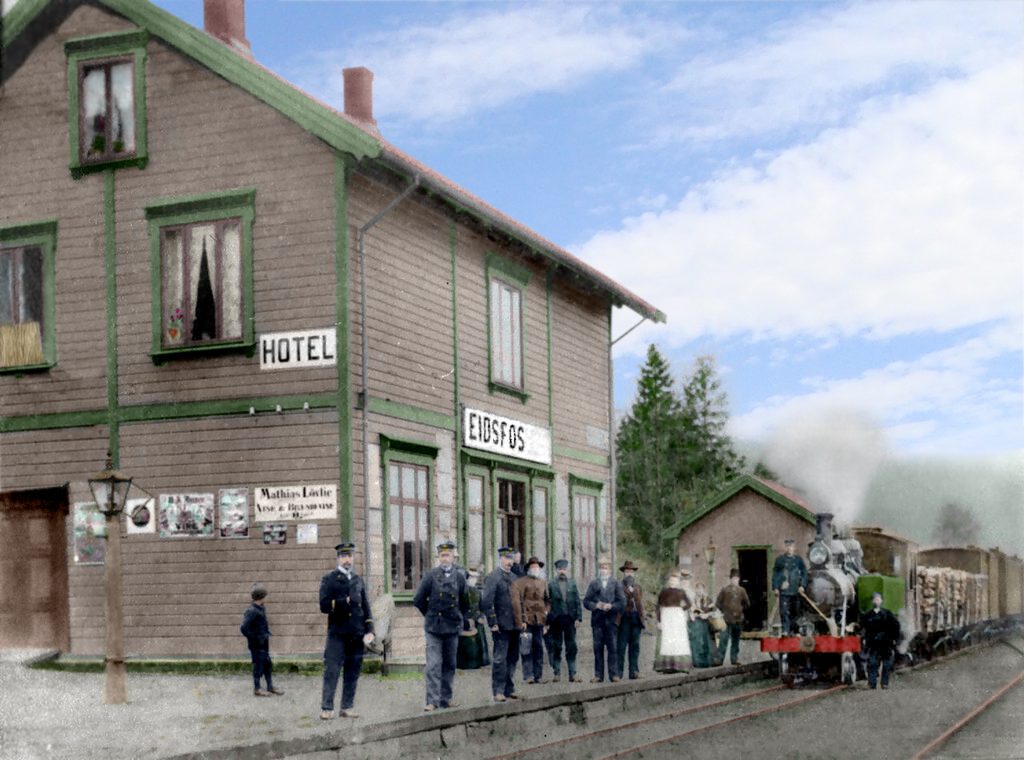 The station was also a hotel. The guests were employees from the railway, as well as visitors to the iron works and tourists, who enjoyed a picturesque roundtrip that started in Kristiania (Oslo). They travelled by train to Vestfossen station and by steamship to Eidsfoss. Here they bordered the train to Tunsberg, where a shuttle boat or train took them back to Kristiania.

If you want to know more about railways in Vestfold munincipality, we recommend a visit to Reidvintunet in Hillestad, where you can see restored buildings and tracks.

On the opening party for the Railway, which was at Eidsfos Manor house, many prominent guests attended, such as minister Løvland and President of Parliament Berner.

Below: A film by Christian Erik Nordby, a short-version of his film about the Railway. It’s for sale at Eidsfoss country store.