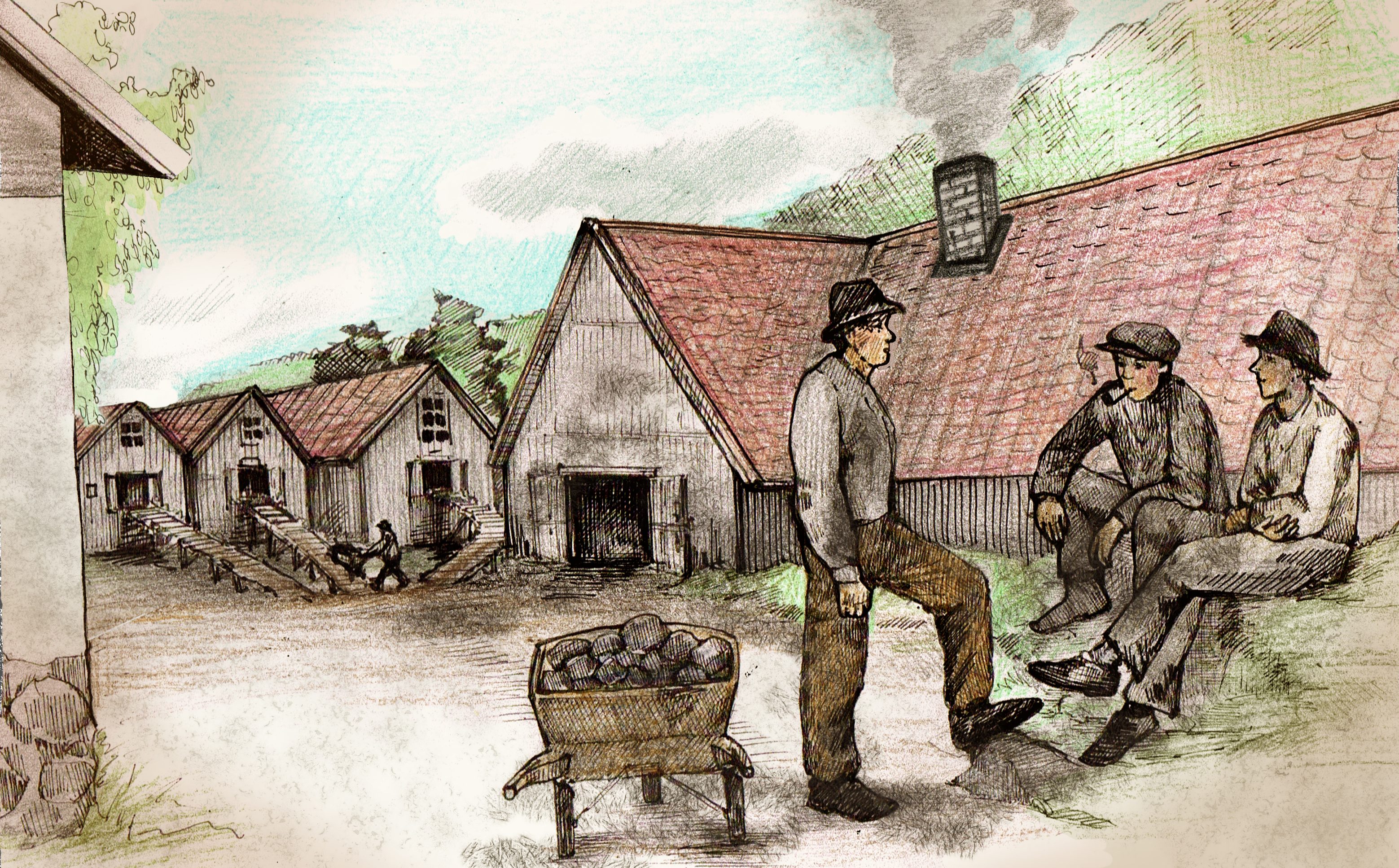 The ironworks was located by the river

This is how this place might have looked like in the 17th Century, when the industry was located by the river. In the left corner we see the Bettum workshop, which is still here. (Illustration by Marianne Karlsen)

The Bettum Workshop was built in the 1780s as a so-called Kleinsmidde, from German for “Little Smithy”. Its location close to the hammer house was strategic. The water powered hammers were utilized to make iron rods, a prefabricate that was in high demand and hence an important product for the ironworks. Behind the hammer house we see the coal storage houses, where charcoal to the iron production were stored. In the Bettum workshop they made nails and fittings as well as tools and materials it was need for in the mines or the production at the ironworks. Since the end of the 1800s, when Eidsfoss ironworks transitioned into an iron foundry completely, the building was used as a workshop for the production of wood models. It was then it got its present name, after Hans Bettum, who made models for many of the popular cast iron stoves that were created here. 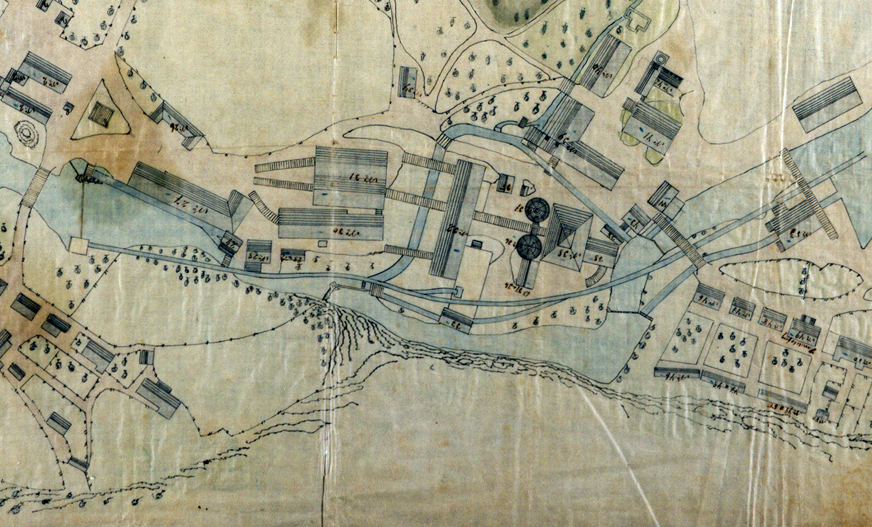 The industry site was located along the river in the ironworks period, as hammers, furnaces, mills and sawmills were powered by direct water power. Today the Bettum workshop is the best preserved example from the ironworks industry at Eidsfoss. On this map from the 1860s we see how the buildings were connected in an industrial system with water runs, bridges and the blast furnace as a focal point. When the iron production was phased out, most of the industrial buildings were taken down and moved downstream.

Ceramist Karin Åshamar  has workshop in the old smithy today.

Next door is AMT furniture, who restore and sell vintage furniture.