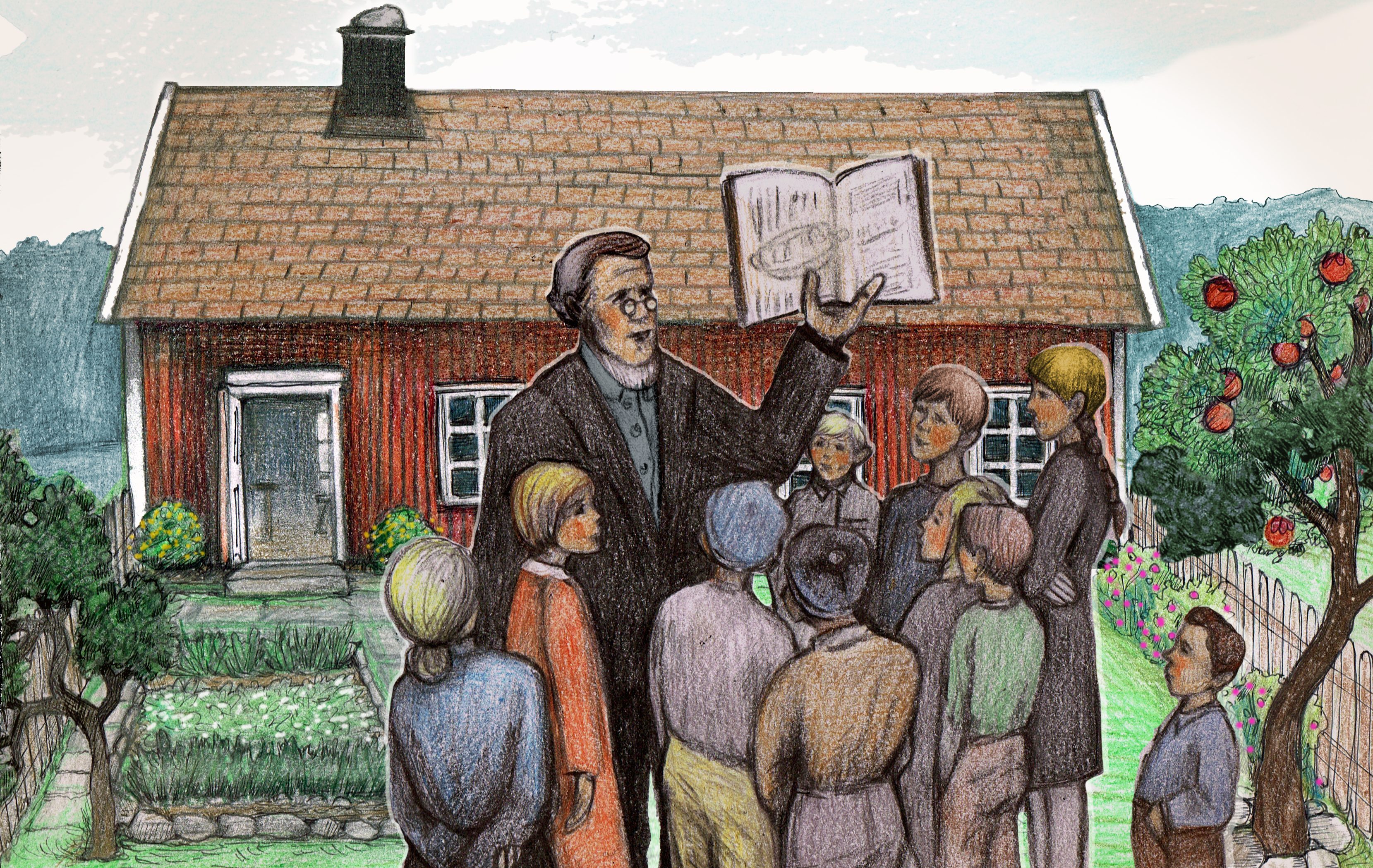 The Ironworks had its own school

The School Regulations of 1739 imposed ironworks to keep regular school buildings and a paid teacher. This schoolhouse was raised in 1843, but the first school at Eidsfoss was probably held in the provision- or charcoal manager’s house. In the period 1766 to 1769, the teacher was Lars Niels Tive’s house, who taught the children in a four-room apartment, where he also lived with his family. Around 1800, ironworks proprietary Peder Cappelen supported the school with a sizable book collection, and in 1808, dean Hopstock could inform that schoolmaster Erik Bruun and his students all conducted their business in a highly satisfactory manner. The school here at Hauane was erected in 1843. Ludvig Sannes was in 1875, the last teacher on the ironworks payroll, as the school became municipal. Sannes was a Grundtvigian, a Protestant direction that was more open to teaching subjects other than the overshadowing Bible studies. A new school building was built in the outskirts of the industrial area in 1893 and the education was moved to the municipal school in Hof in the 1960s. For several years, the old school at Hauane held a library. Today there are offices and a school museum here.

On this drawing we see how the building probably looked when Ludvig Adolf Sannes attendes as teacher in 1875. The part on the right hand side, where the School museum is today, was added later.