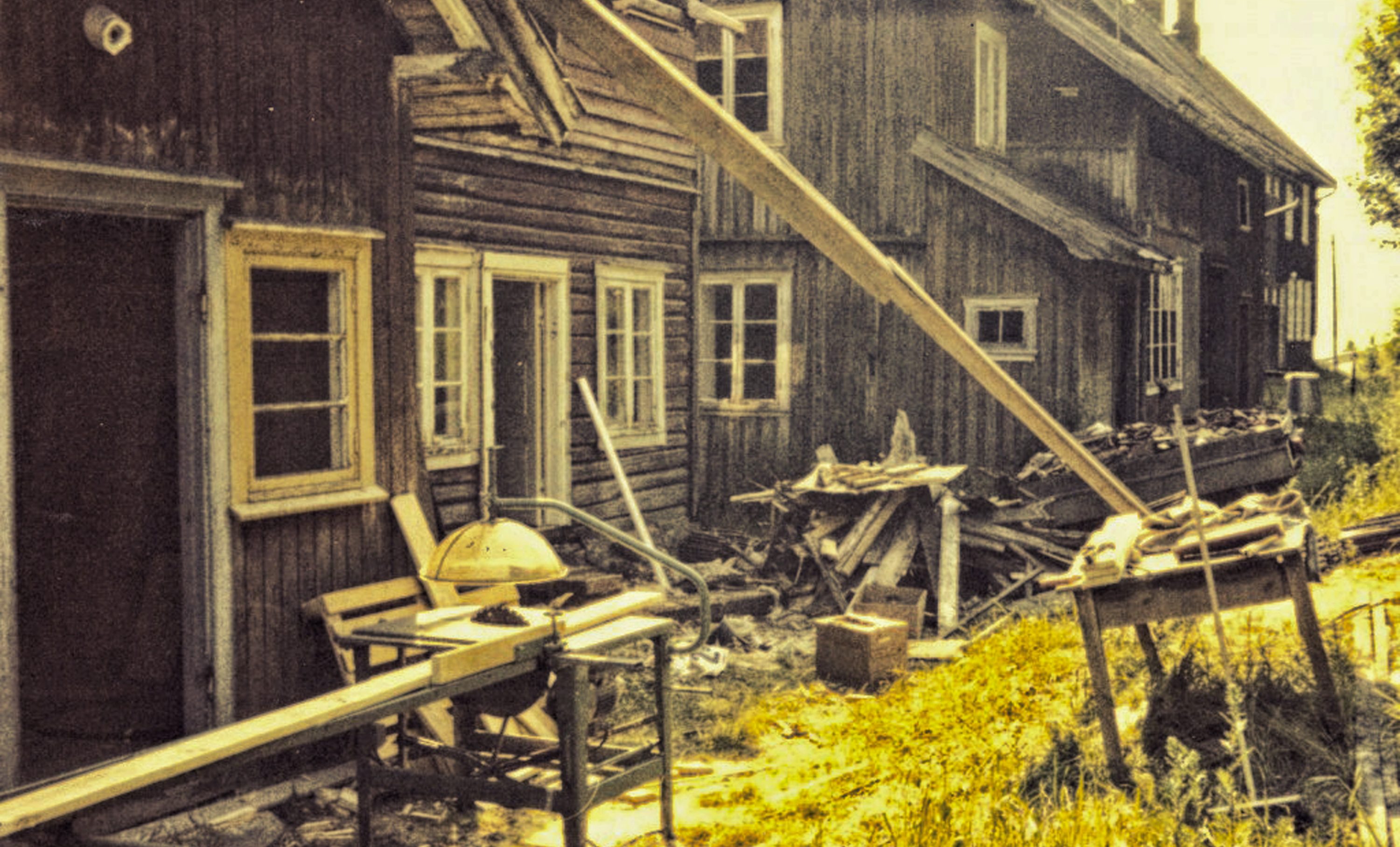 This is how Bråtagata (Garden street) looked like in the late 1970s, when the refurbishing of the houses had just started. The decay was pretty obvious, and the landlord wished to tear down the buildings in order to better the trafic conditions. A group of locals led the battle and started a foundation that took on itself to bring life and lights back into the more than 200 years old houses. Today, Bråtagata is an integral part of what the Norwegian state’s agency for Cultural Heritage (Riksantikvaren) has referred to as a “Unique Industrial-Historical unit”. The street contains private residenses, two museums and Old Eidsfos Tavern.

The workers buidlings in Bråtagata were erected in early 18th Century. Together with the two other workers areas Gata and Hauane, production buildings and Eidsfos manor, it constitutes what is sometimes referred to as Norways best kept ironworks. A “Bråta” means a little spot of land where the workers could grow crops, mainly potatoes. The soil is fertile due to runoff from the hillside above. Bråta-growing was a welcome supplement to the worker families economy.

Originally the houses in Bråtagata were one story high. They were built using the notching technique, and were dressed with panel and painted red. Red pigment is a bi-product from iron production and a cheap paint alternative. Cinder blocks, also a bi-product from the ironworks, constitutes the foundation and some of the walls.

The workforce increased around 1900, and in the years 1910-1912 a full second story and a gallery was added. At that time, 16 families including approx. 50 children resided in Bråtagata. Until 1922, when the road through Eidsfoss was expanded to the north, Bråtagata was the end 0f the world.

In 1978 these buildings were mainly vacated and maintenance long overdue. A demolition had been decided at county level, and the bakery at the far end of the street had already been torn down. Supported by renowned artists and the heritage authorities, a small group of locals took on themselves to save the remaining buildings, and a foundation was established. In the years to come, there were put down a great amount of voluntary work, that resulted in life and light returning to the old buildings. Low rent, beautiful nature and the presence of likeminded, has contributed to the fact that many artists has moved to Eidsfoss. Art, music and handicrafts has continued to characterized the community until this day.

Would you like to learn more about how Bråtagata and the other buildings at Eidsfoss were filled with light and life again?

Read Kasper Søyland’s master thesis on the subject. (In Norwegian)