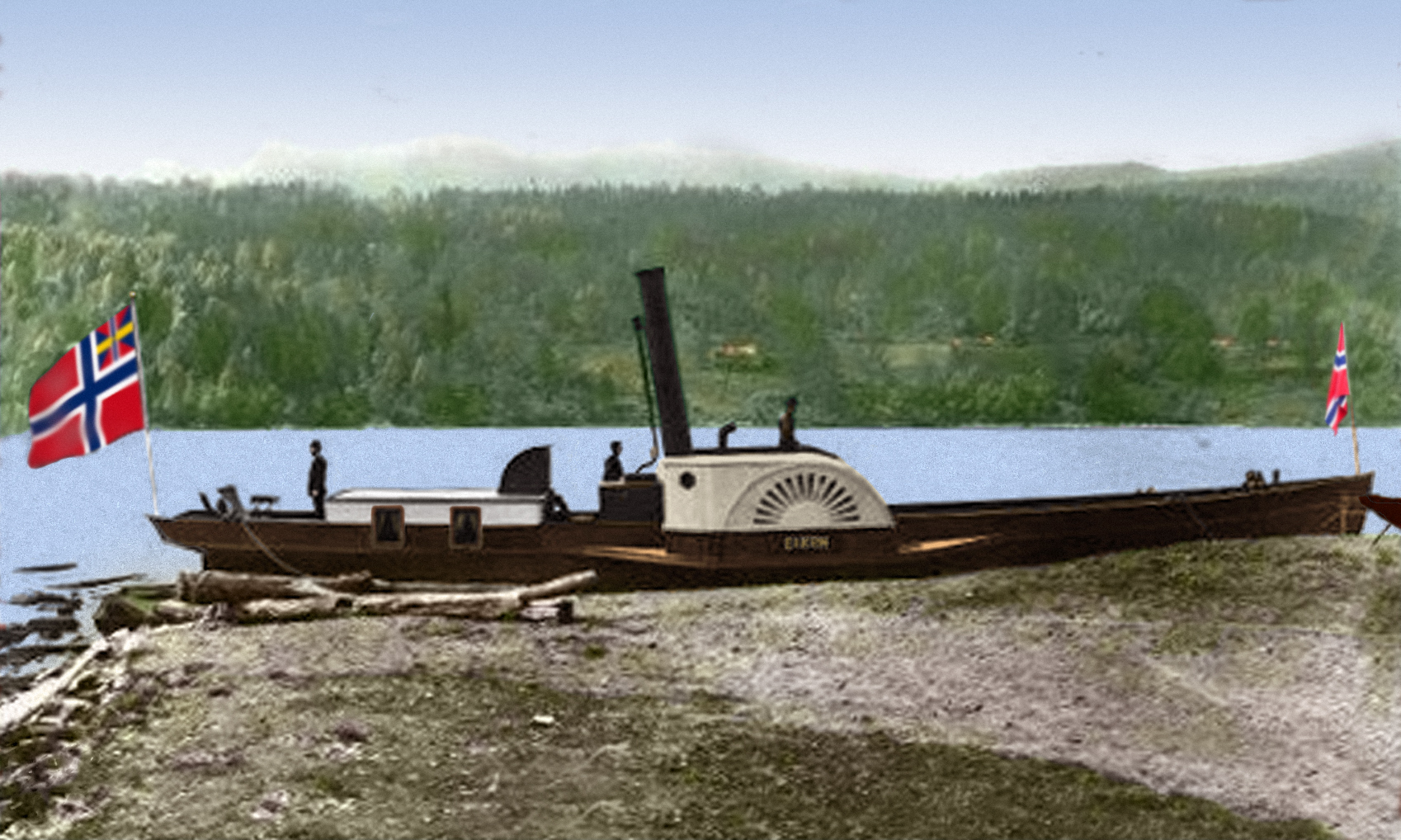 One of Norways oldest Steam ships

This is the paddle wheel from the steamship Ekern. It was built at Bergen Mechanical Workshop in the period between 1850 and 1857. The ships original name was Bygdø, and it served as a shuttle boat between Christiania (Oslo) and the nearby island Bygdøy, until she was purchased by Eidsfoss ironworks in 1860. She was baptized Ekhof, after nearby places Eker and Hof but soon renamed.

Ekern trafficked the route between Eidsfoss and Vestfossen until 1914, taking both passengers and cargo. She then served for a few years as a barge, and both the paddle wheel and the steam machine were dismantled. The ship sank at Bånepina nearby Hakavika power station during a storm in 1917, where she lies today, at 140 meters. It was Ekern that took the prominent guests to the opening of the Tunsberg-Eidsfoss railway in 1901.

When she came into service in 1903, the steamship Stadshauptmand Schwartz took over most of the passenger traffic on the lake Eikern. Schwartz trafficked the route between Eidsfoss and Vestfossen, until she sank while docked in 1926. The ship is displayed at Kølabånn, where you also find more info about that ships history.

This Picture was taken when the steam ship Ekere was moored by the Ironworks jetty in 1900. Notice how it leads the Swedish-Norwegian union flag, which was referred to as the herring salad, with a mix of both flags in the left hand corner.

Below: A film about the steam ship Ekeren, by Christian Erik Nordby.