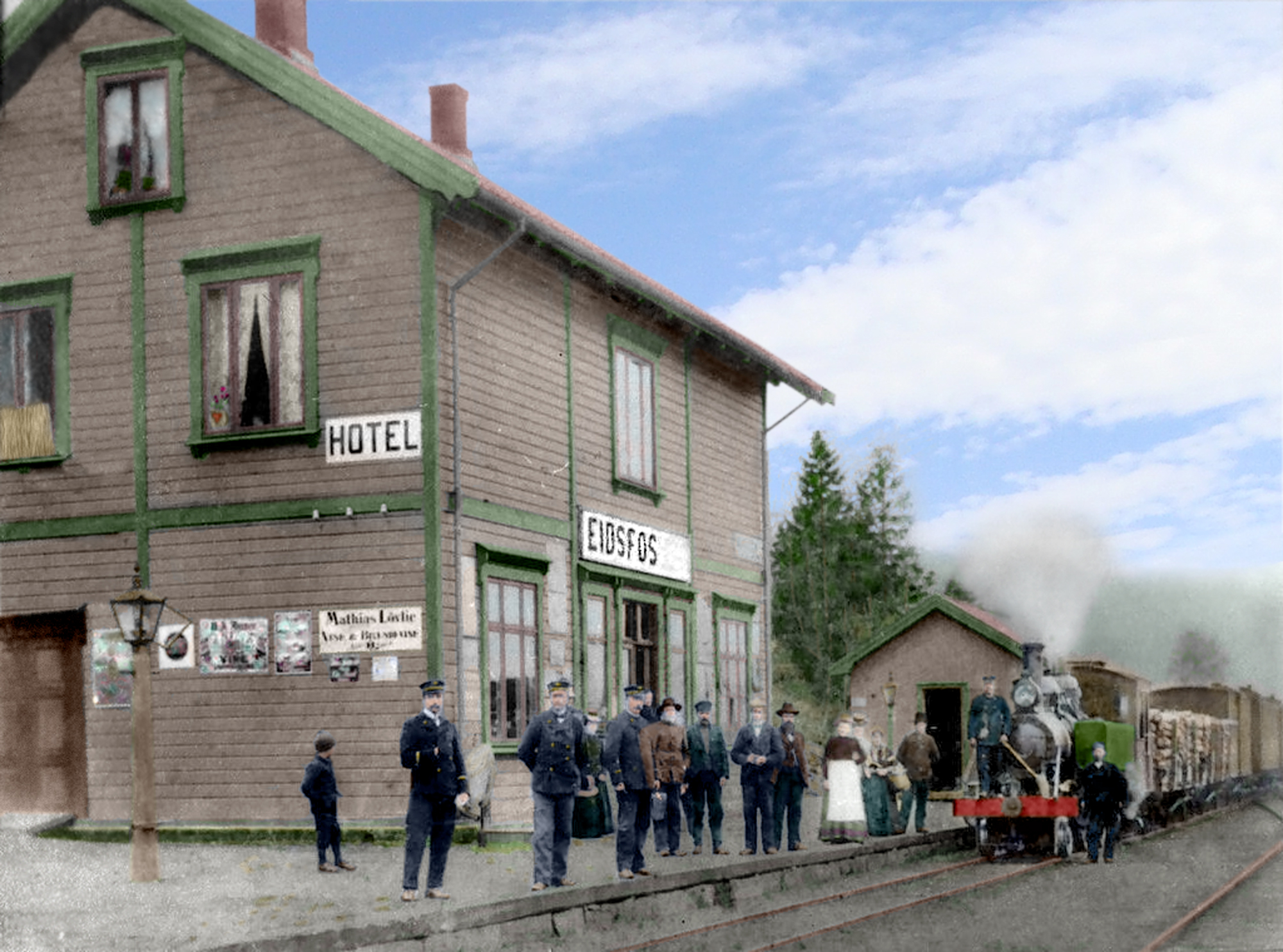 This cleaning shed is one of the few remaining buildings from the Tunsberg-Eidsfoss railway (1901-1938). This is where the locomotives were examined and the tubes and boiler of the steam engine were cleaned out. The locomotive needed cleaning after each trip, and the process was repeated in Tunsberg. Due to limited traction and many stops, the trip to Tunsberg took approximately two and a half hours. In front of the cleaning shed, we see the remains of the turntable, where the locomotives were turned manually.

The railway was extremely valuable for the industry and the farmers, who both got access to bigger markets. The iron industry could get in a higher tonnage of raw materials, mainly scrap metals and fuel, and transport out a higher tonnage of products. This meant that the company could specialize in heavier products, such as farm machines. Eidsfos Verk produced the freight wagons themselves, and continued to do so after the foundry closed in 1961. The production of railway cars continued at Sundland in Drammen until 1968.

This is how Eidsfoss railway station looked like around 1910. It included a hotel that for mant years was run by the stationmaster’s wife, Zefra Natterstad. She was the mother of Rakel Severiin, who was raised here at the station and later became one of Norway’s first female ministers.

From the Rakel Severiin – exhibition

Below: A film about the cleaning shed (Pusserstallen) by Christian Erik Nordby