Market, activities and entertainment for the whole family 12-17 both days

After a two-year break, we are finally having Pentecost market at Eidsfoss again! For more than 30 years, the event at the old ironworks has signalled that the summer is upon us, and this year more is happening than ever before.

In the industrial area, stalls are filled with exhibitors, and at Eidsfoss manor, there will be activities for the whole family. In the orange circus tent there, there will be a magical show with the fantastic Daniel Larsen and a juggler show with Mr. Maniac and Mr. Orchestra. The children can also join a ride with horse-drawn carriages, while the adults have a snack in the historic living rooms or relax in the beautiful garden of the 18th century manor. The Ironworks museum offers a lecture on the history of fireplaces on Saturday. Outside the museum, it is possible to learn to cast your own tin-products, and Svarttrost smithy offers courses in forging. The legendary Eidsfoss waffle, based on an old recipe, is made on a real, wood-fired Eidsfoss oven. The Eidsfoss waffle is sold at the museum.

On Sunday there is also a lot going on. In addition to forging and casting courses and juggler shows, Julie Vega Dahl has storytelling theater, where children can hear about Gingerbread Boy and Buttercup. There will also be well-known and beloved competitions such as potato sack races, where everyone who participates receive a candy prize. Restaurants, galleries and museums throughout Eidsfoss are open during the weekend, and a lyre box player contributes to the historic atmosphere. See program further down, for detailed information on what is happening and where.

Welcome to a beautiful summer day at historic Eidsfoss! 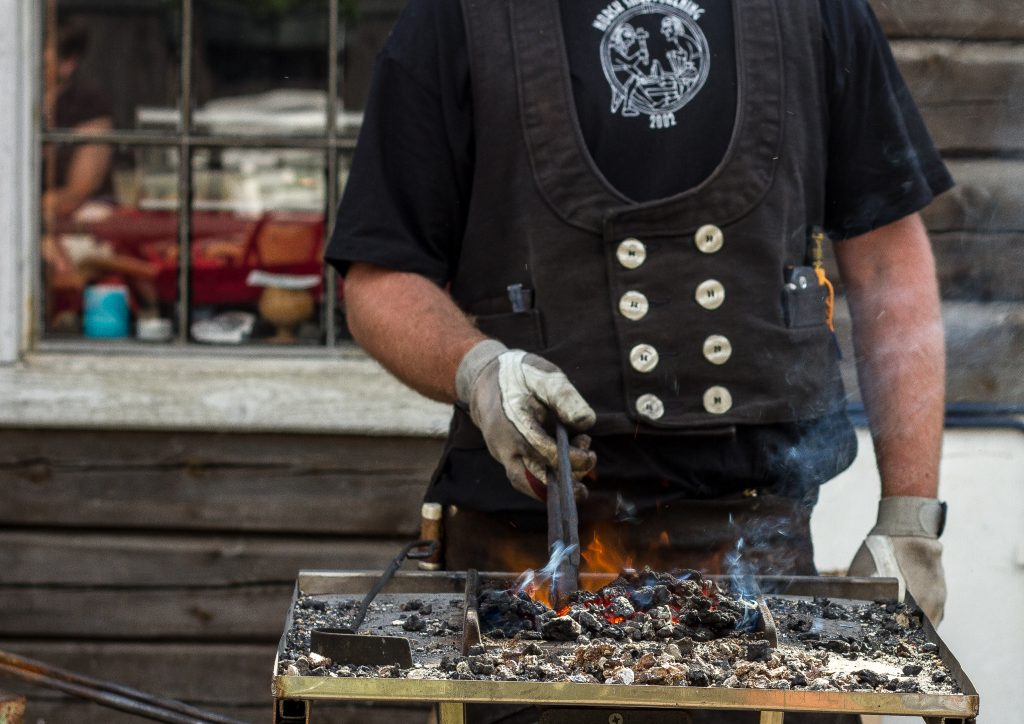 Sale of “Eidsfossvaffelen” and horse and carriage both days.

12:00 The market opens. Smikurs, casting workshop and ironworks waffle at the museum at 12-17

13:00 Show with Mr. Maniac and Mr. Orchestra in the circus tent at Eidsfoss manor

14:00 Lecture on the history of fireplaces at the Ironworks Museum

12:00 The market opens. Forging and casting workshop and ironworks waffle at the museum at 12-17

13:00 Show with Mr. Maniac and Mr. Orchestra in the circus tent at Eidsfoss manor

15:00 Competitions at Eidsfoss manor: potato races, sack races – everyone who participates gets a candy prize

17:00 Toys from the olden days. At Eidsfoss manor